The Nobility of Embracing Your Natural Talents 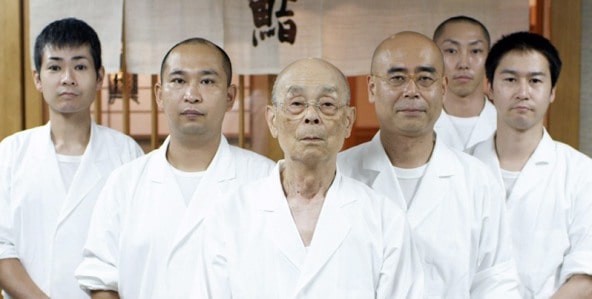 The oldest living chef to earn three Michelin stars works out of a 10-seat sushi restaurant inauspiciously located next to the Tokyo subway.

In Jiro Dreams of Sushi, a 2011 documentary, filmmakers chronicle 85-year-old Jiro Ono, the chef of a tiny sushi-only restaurant that has fans traveling from miles around to pay top dollar for his sushi.

Jiro has devoted over 50 years of his life to honing and mastering his craft by rigorously following the same simple routine every day.

You wouldn’t believe how routinized Jiro’s life is. Everything he did was designed to copy what he had done the day before, and ever so slightly, improve upon it.

Watching Jiro Dreams of Sushi recently got me thinking about my own career trajectory and more generally about how people go about choosing their profession. There’s a lesson here.

When I was younger, I used to think I could go into just about any profession if I just put my mind to it. In fact, it was kind of a challenge I put on myself.

This is a very American concept. The idea that if you put your mind to it, you can do just about anything.

I would actually get offended if someone said I couldn’t do it. If someone had the gall to declare that I could not become, say, an astronaut, it literally pissed me off.

I think back now and wonder why the idea that I might be bad at a particular profession would offend me.

We spend so much time being competitive – competing at sports, competing for grades, competing to get into the best college – that the idea that we could excel or even triumph at a skill without there being much competition is foreign.

I think a lot of us walk away from what we’re naturally good at because we don’t even recognize the skill in ourselves. It’s like we have blinders on.

Often it takes someone else, like a mentor, a friend or a coach, to hold up a mirror to our own skills.

When I was younger, I pursued interests in professions that were more challenging than my chosen career should have been, as if I was making my career harder than it needed to be.

There was the period in early high school when I wanted to be an animator for animated feature films, before I realized I wasn’t that great an artist. There was a year spent after college working in the entertainment industry in Los Angeles, before I realized I did not have what it takes to become a studio executive overseeing film development projects.

Fortunately, I did not spend long periods of time chasing down these dreams before realizing they weren’t for me. I eventually saw that those around me chasing after the same pursuit were naturally more adept and suited for the work than I.

This was a good thing. The quicker you identify your unique strengths and your weaknesses, the more likely you are to be a success.

Interestingly, we tend as a society to focus on people who have overcome tremendous obstacles in finding success. The orphan who founded a Fortune 500 company. The dyslexic who became a nationally recognized legal expert. The amputee who climbed a mountain.

Their stories are inspiring. But the message is confusing. Do their tales of triumph tell us we should pursue careers in areas that will have more hurdles than one normally faces in a career?

The truth is there is no lesser nobility in the pursuit of talents that come naturally, then cultivated religiously.

Jiro Ono shows us that there is glory in the simple act of getting up each day, working hard, and trying a little harder than the day before to get better at what we were put on this earth to do.

Use your skills. Find your natural talents and embrace them. Do it for Jiro.

One final note: I clearly was trying to channel Seth Godin when I wrote this, who is the master of clear and simple advice. If you haven’t checked out Seth Godin’s blog, I highly recommend it.