How to Network for Business 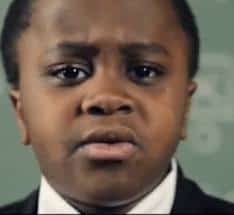 If you are clueless when it comes to knowing how to network for business, well, listen up.

Imagine for a second that you are a politician running for office.

If a budding politician wants to run for political office, the very first thing they need to do is focus on raising money.

Usually this means marching down to whatever local city or county office keeps the lists of donors to their particular party, and get their hands on that list.

Once you have your hands on this list, then the next step is to get to know as many of the people on those donor lists as possible.

Befriend them. Take them to lunch. Get to know their spouses, their children. Woo them off their feet.

During my years working in politics, I advised many newbie political candidates, and that was always my advice: get your hands on a list of donors and become friends with as many of them as you can. As soon as possible.

What does this have to do with networking in business’

To Be a Rock Star Networker, Think Like a Politician

Let’s say you want to start a software company. Then you need a list of VCs, software startup founders, coaches, software engineers, and other people who are already active and involved in the software world. These are the people you will want to get to know.

If you were building a software company, which do you think would be the best networking strategy:

The answer, of course, is #3. Unfortunately, too many people rely on 1 and 2, rather than creating a proactive plan to pursue and nurture relationships with the right kinds of people.

How to Create Your Networking Plan

Unlike the world of politics, you’ll probably need to create this list of people to network with on your own. That will take some brainstorming and creativity.

Once you have your list, step two is you need to get to know as many of the people on your list as possible.

This is the exact path Steve Jobs followed when he was launching Apple. When Jobs and his Apple co-founder Steve Wozniak were trying to grow their little startup out of Jobs’ parents’ garage, did they focus their efforts simply on networking with family and friends’ No.

Jobs’ biographer Walter Isaacson wrote that Jobs focused on getting to know other computer hobbyists, computer store owners, and software engineers in the early days of Apple. He got to know people who were already active and involved in the computer industry, and they in turn helped get Apple off the ground. Jobs’ time spent getting to know those people was time well spent.

Most people don’t create a list of people they want to network with, so their networking ends up being random and haphazard. That’s not a good strategy for any career or business.

Let’s break this down even further, into five concrete steps. Here are the five basic steps for how to network for business:

I refer to this list as your ‘Conversations List‘ because you should think of it as a list of 50+ people who you want to have a rolling, ongoing conversation with. I find that thinking about it in this way takes some of the pressure off, especially for building a relationship with the very successful people who are on your list.

Step 2: Ditch the ‘Me First’ Attitude and Make Some Friends

The next step is to forget about trying to get something from others and start thinking about how you can start helping others, just like you would help a friend. Develop genuine relationships — but do it with people who can be helpful to your career or business, of course.

If you had just transferred to a new high school, you wouldn’t immediately approach other students and ask for a ride, or money for lunch, or a date to the prom, would you’ No. You would start by making friends. Follow that approach in business.

Step 3: Be Professional, But Be Human

One of the biggest mistakes I see people making in networking is they sanitize themselves too much. They become a watered down, Applebee’s version of themselves.

No one likes Applebee’s. No one.

I think people should insert more of their personality into their professional lives, not less.

When I was a speechwriter working in politics, I had a boss who taught me that you don’t need to water down your personality to be taken seriously.

He was one of the smartest people I knew and a great writer, and yet everyone also knew he was also a huge jokester, a major college basketball fan and could quote lines from Buffy the Vampire Slayer. Someone who was less secure in their own intelligence and abilities might have chosen not to share some of these more silly aspects of their personality.

I learned that it’s possible to be taken seriously and to let your personality out at the same time.

Politics and government can have a very stuffy and conservative atmosphere, so if he could do it there, then you can probably let out a bit of your personality in whatever industry you are in.

Your goal should be to continually deepen relationships with people on your Conversations List.

At most networking events, people talk about work-related or industry-related subjects. The next time you go to a face-to-face networking event, distinguish yourself by asking about a person’s spouse or family, if you get the right opportunity. (If not, people might just think you’re a weirdo for asking about their family out of context.)

When you talk with someone about their family, you get to know them a lot better and I’ve found, they are much more likely to light up. They will have a positive association with you because you took interest in their family.

We’re talking about business here, so there needs to be some financial payoff. Without a financial benefit, then we’re just talking about charity. So you have to make the transition from relationships to revenue.

I know a lot of people who are good at networking because they have a charming personality, but they are bad at making the final step — turning those relationships into something that financially beneficial to them.

That means you have to draw the line, even with close friends or people who you admire or look up to, and let them know there’s a line over which you can’t go any further without charging them for your work.

You deserve to be compensated, so there’s no reason to be ashamed by this.

I like to wrap up these posts with something concrete you can do today. You can start by creating your own Conversations List of 50+ people who you would like to get to know better.

Finally, what tips do you have for networking in business’ What do you do that helps you to deepen relationships’ What do you struggle with when it comes to networking’ Let me know in the comments.

You may also enjoy these other posts on networking: