042: Gary Vaynerchuk of VaynerMedia | Why Good Manners are a “Tangible Asset to Your Success” 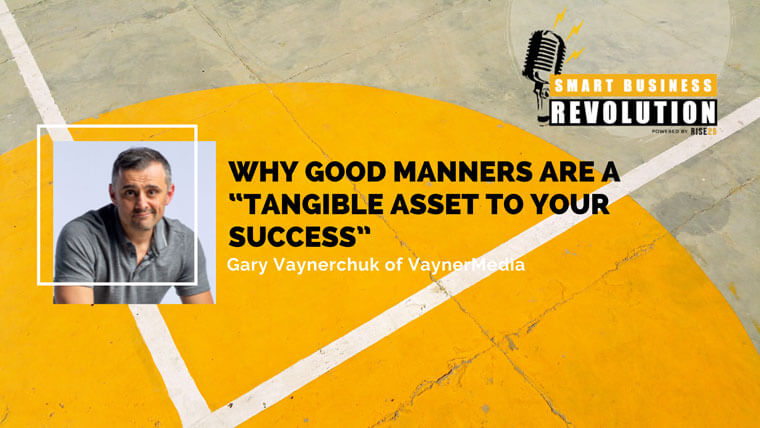 Gary Vaynerchuk’s first words on this episode of the Smart Business Revolution podcast were: “That’s a really good question. I already like the tone of this interview, and I’ve been doing a lot of these.”

What prompted Gary to say that? Find out in today’s episode.

By the way, that was my 3-year-old son introducing today’s episode – nice work, Mason! (Mason was actually just joined by a new younger brother, Tobey Reid Corcoran, who was born on February 20th. Mom and Tobey are both healthy and doing well.)

After you listen to the interview, grab a copy of Gary’s new book,?Jab, Jab, Jab, Right Hook (affiliate link) – you’ll love it. Enjoy!

Resources from this Episode: